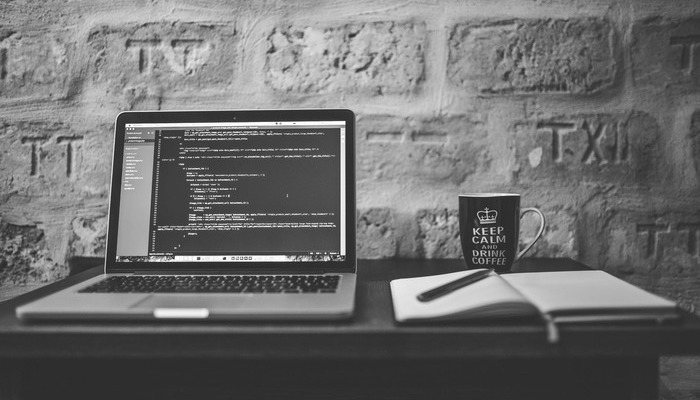 The UK spends around £4.4 billion every year on the prison service, yet around 46% of prisoners reoffend within a year of release. That figure rises to 60% for those on short sentences. The cost to the UK of reoffending is estimated at £14 billion/year and the 121 prisons are overcrowded, rife with drugs, violence and self harm - the system is clearly in crisis.

In February 2016, then Prime Minister David Cameron made a speech about prison reform, which caught the attention of a Brit living in Sweden, Michael Taylor. Michael believes that anyone can learn to code and had been teaching kids to code for years. He was also familiar with The Last Mile (TLM), a scheme based in San Quentin jail in California, which was having considerable success teaching incarcerated prisoners entrepreneurial and software development skills. He put these ideas together, got in touch with contacts he had in the UK Government and by May 2016, a meeting had been arranged at the Ministry of Justice, to coincide with a visit to the UK of representatives from TLM.

That’s when I got involved, attending that first meeting at the MoJ, seeing Kenyatta Leal from TLM speak and becoming inspired to try to do something to help. I’d encourage you to spend a few moments watching this video by Kenyatta, there’s an unexpected twist right at the end!

The meeting was successful and over the following year or so, a small group of people from industry, supported by the Prison Service and the MoJ, got together and formed a not-for-profit CIC, Code4000. Taking our inspiration from The Last Mile, we aim to teach people a life-changing skill and get them back into the job market. The reason for this is simple. People who leave prison and find work are highly unlikely to reoffend. At the same time employment is one of the great barriers for people with criminal records, and many companies will not hire them. By teaching prisoners coding skills, we can significantly increase their chances of employment post-release, as well as giving them a skill set which is in high demand in the UK and global jobs market.

We started with a pilot of sixteen men at HMP Humber. The challenges were formidable - putting computers into prisons, creating a curriculum and tools that can teach coding WITHOUT access to the Internet (wot, no StackOverflow??!), Prison Service red tape, coping with the MoJ’s sensitivity to any publicity, convincing the prison to provide lunch in the workshop to increase productive time, and finding people within the prison service who could become classroom supervisors and external volunteers who could help teach. We also realised that providing strong postrelease support is crucial to prevent recidivism.

It took over a year, but by September 2017, the pilot (the first of its type in Western Europe) was live in HMP Humber and a kick-off celebration was held with the great and good from the MoJ and the Prison Service, at the coding workshop within the walls of HMP Humber. I attended, my first time inside a prison, met and talked to the men on the programme, most of whom had never coded before, and saw how inquisitive and enthusiastic they were to learn. The “captive audience” at the event, including politicians, were treated to a coding workshop on HTML, given over Skype by a volunteer university lecturer.

Fast forward 18 months, last week I attended the kick-off meeting for the second scheme at HMP Holme House. Three of the men I met at HMP Humber also attended the kick-off, but this time as free visitors to the prison and working in coding jobs. One has even started his own web design agency in London, Pink Umbrella Studios. This demonstrates clearly that the project is starting to deliver real outcomes.

Code4000 has interest from many other prisons, next on the list for workshops are likely to be a women's prison and a Young Offenders Institute. We’ve had support from the MoJ to help kick start the programme and we won a Vodafone Techstarter award in February, which gives us some funding and access to advice and support from Vodafone. We’ve secured grants from the Worshipful Company of Information Technologists (yes, that really is a thing), the UK Department for Digital, Culture, Media and Sport, The Triangle Trust and others, and we’ve established a tech-hub at Yoomee in Sheffield, supporting the students when they are released from prison. We have public support from 2 ministers, Rory Steward OBE MP (Prisons) and Margot James MP (DCMS) and we’ve also finally started to get some publicity in the press,
that the prison service are ok with (eg. https://www.bbc.co.uk/news/technology-47570134)


Why am I telling you this story?
Code4000 is looking for more volunteers who are interested in getting involved, and I'm hoping some of you might be inspired by the project.

Here are a few ways you could help:

And of course, if you know any organisations that need high quality brochure websites developed, our rates are very reasonable!

Code 4000 is exactly the kind of pioneering partnership that we need to encourage. It brings together prisons, businesses and teachers to address the country's demand for digital skills and local regeneration, and giving prisoners relevant employment and a new future.

To give ex-offenders the confidence and skills they will need to get a job - and critically keep it - we need to engage prisoners in work experience and training in custody which accurately reflects the employment market in the communities they will return to. For the first time Code 4000 gives those in our custody the opportunity to engage in a training programme to become the ‘coders’ of the future.

Having been deeply impressed after visiting The Last Mile prison rehabilitation program at San Quentin Prison in San Francisco in 2013, I was delighted to be introduced to Michael Taylor, who had aspirations to create a similar programme in the UK. Since that time, Michael has shown vision, creativity and tenacity in launching Code4000 at HMP Humber. I hope that he will continue to receive the support from the prison estate to extend this vital initiative across the country.